by Michael Kamleitner March 3, 2015 4 min read
Update December 2019: Unfortunately, the situation is unchanged –  The Facebook Hashtag API has been discontinued as announced on April 30th, 2015. This means that Walls.io still can’t fetch & display public posts by a certain hashtag. However, we still support Facebook Pages & events if you add them to your Walls’ sources explicitly.

Lately, there have been lots of discussions – and requests from our users – regarding hashtags on Facebook and if/how we support them on Walls.io. While hashtags generally work great on Instagram and Twitter, Facebook still seems to have trouble supporting this iconic feature of the social web. In this post, we’d like to give a detailed explanation on why Walls.io’s support for Facebook hashtag search is currently problematic and will soon be discontinued at all.

Let’s address the basics first. Other than on Twitter and Instagram most (or at least a significant amount) of Facebook’s users don’t share content publicly by default but restrict visibility of their posts, photos etc. to their “Friends” / “Friends-of-friends” etc. Obviously, such content can’t show up in a public hashtag search powered by the official Facebook API, and therefore won’t show up on a social hub like Walls.io either – and rightly so, since that’s the whole reason behind privacy settings in the first place. 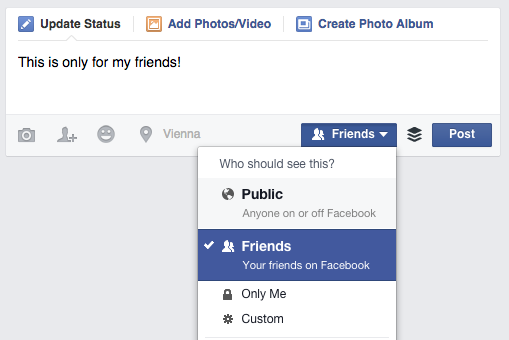 Next, let’s get technical – watch out, this might get dirty! 😉 Facebook’s Search API should provide access to a variety of public content, searchable by keyword, according to Facebook’s documentation: 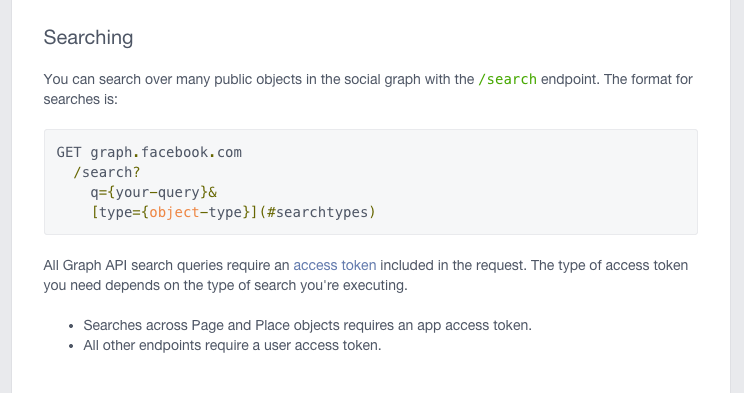 Two things are worth pointing out here:

1) Facebook’s documentation specifically lists which objects are covered by the Search API:

Missing anything? Exactly. By definition, photos and videos are not covered by the search API – major bummer.

2) The documentation is unclear on whether the “q”-parameter even supports searching for hashtags. 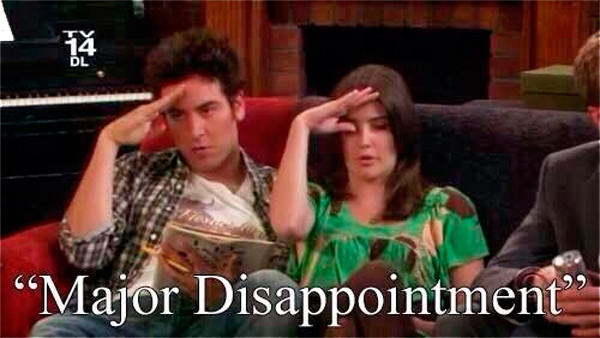 When we started Walls.io two years ago the search API on Facebook worked pretty well for us. With a few exceptions, public posts (except photos, of course!) queried by hashtag reliably found their way to our social media walls. Unfortunately, that isn’t true anymore today.

Since last year we’ve been regularly experiencing problems with the Facebook search API, getting incomplete and inconsistent results when querying for hashtags. Very often we receive empty results for days, even on publicly posted and correctly hashtagged test posts we’ve created ourselves. Sometimes results vary heavily depending on the IP address or access token/user language we use to query the API. But it’s not just the API. Users are regularly reporting problems when trying to look up certain hashtags on Facebook directly (.f.e. https://www.facebook.com/hashtag/YOURHASHTAG). To be fair: Facebook never “promised” completeness and consistency – neither in the API nor the frontend. The problems also seem to be less dramatic for very popular hashtags. However, for users and developers alike, the situation is dire – in 2015, Hashtags on Facebook just don’t seem to work.

3rd party developers like ourselves at Walls.io have been actively working with Facebook to resolve these issues to give users and customers what they want. A trail of unresolved bug reports (1, 2, 3, 4…), however, is proof that a solution has not yet been found. Some developers have tried to implement workarounds, even choosing illegit methods like scraping. As a result, they may be able to query a different subset of posts (while missing others, just like everybody else). The only constant seems to be the inconsistency of the results.

If you’re wondering why Facebook isn’t more eager to fix the Search API, I’ve got an answer for you – you probably won’t like it though. With the mandatory switch to the new Graph API V2 on April 30th, 2015 Facebook is going to deprecate the Search API for posts completely. That means that by May 1st Walls.io and other 3rd party tools won’t be able to provide public content from Facebook via hashtags at all.

While there was never a public explanation or reasoning for this decision, one does wonder how Facebook is planning to fight Twitter’s dominance in real-time conversation without a public API. There’s the Public Content Solutions program which grants access to “Topic Feeds” (ranked, best-of streams about certain topics) – but this program is limited to a handful of select partners and doesn’t seem to provide the same technical possibilities Twitter offers to all developers on their Streaming API. And while some might hope for a new Search API being announced at the upcoming F8 Developer conference – I wouldn’t bet my money on that.

I’m glad to close this post on a (somewhat) happy note. From the beginning Walls.io has been offering the option of specifically including a number of Facebook Pages on your wall (the exact number of pages you can include depends on your Walls.io plan):

All public posts published on these pages are reliably queried and displayed on your Walls.io social hub. If you want, you can limit the posts to those containing your hashtag. We’ve been recommending this method for quite a while and are happy to report good results from our customers.

The Facebook Search API with all the issues it’s been causing was shut down by Facebook on April 30th, 2015. From that day on, Walls.io cannot query and display public posts via hashtags from Facebook. Instead, we recommend adding your Facebook Pages & Page Albums to your wall and advise your users to post to your page’s timeline.