To celebrate their 10th year as a company, the international consulting company BearingPoint organised an internal CSR campaign called 10 Days of Caring. They used a social media wall to display posts at their various offices around the world and motivate employees to take part in the philanthropic campaign.

BearingPoint is a management and technology consulting company with a long history. Technically, the company history goes back 100 years. But BearingPoint, as it exists today, came to life in 2009 with a management buyout that was fueled by the European arm of the former BearingPoint Inc. Today, BearingPoint has offices all over the world and has been growing steadily.

Celebrating ten years of success with ten days of CSR

To celebrate ten years of success, the BearingPoint marketing team devised a hashtag campaign focusing on Corporate Social Responsibility, asking employees to show their communities they cared for ten days. The campaign called 10 Days of Caring was originally planned for September and October 2019 but ended up carrying over into December as some of the BearingPoint country offices continued to organise campaign activities.

A few months ago, before the pandemic unmoored our editorial plan here at Walls.io, I had a chat with Chris Peat, who is the Global Digital Marketing Manager at BearingPoint and based in London. We talked about the campaign itself but also about the difficulties of running a CSR campaign and ways to communicate an internal campaign to the outside world.

Can you tell me a little bit about the 10 Days of Caring campaign?

10 Days of Caring was linked to a celebration of 10 years of success. It has been ten years since our management buyout as the European firm, and we wanted to celebrate this.

We’re cognizant of the fact that, in consulting and business, celebrations aren’t what they were ten years ago. Ten years ago, we would probably have celebrated with a huge party and an expensive venue with, you know, a glass of champagne each. But that didn’t feel right this time around. So we decided it should be more about the human touch.

What if, instead of us all enjoying the financial side of ten years of success, it was about giving back? It’s not about money, but that we wanted to do something, as a firm, to show that we’re decent people and care about others. We care about the communities that we work in. We wanted to give back to the societies we were a part of. And so the idea of 10 Days of Caring was born, and it fit so well with the three pillars of our CSR guideline: the people, the planet and society.

How do you motivate employees to take part in a CSR campaign?

We wanted to see how many events we could do each day with everybody across our 23 offices taking part, but it was very much on a voluntary basis. Nobody said to anyone, “you have to do 10 Days of Caring” but, rather, people really wanted to take part.

And in the end, more than 2,000 of our people pitched in, we realised 150 activities across the practices, and we worked with more than 40 nonprofit organisations.

The difficulty is that if something isn’t mandatory, you don’t have to do it and nobody sees it if you don’t. Nobody feels that enthusiastic about it. It’s a nice concept you can get behind it. But it’s all theory. And we asked ourselves, how do we bring this to life? And how do we communicate this to our people and to external people?

As a comms person, you tend to go over the usual methods and think, “well, we could do something with a hashtag. This could be our red thread. We’ll do a hashtag, and it will be on all social media channels, and that will work.” But it felt really, really external.

How did you end up choosing Walls.io?

We looked for a platform that could gather all of our social media in one place and expected to find something that we could probably plug into a website. When we found Walls.io, we were impressed by the whole solution. It was dramatically cheaper than doing an own-build solution with an agency, and it was considerably more flexible.

The whole procurement process happened in 15 minutes before a telephone call, where we just started to search for these sorts of solutions. Walls.io stood out as a leader. And the reason it’s so good is its flexibility. Because in 15 minutes, we were able to realise this could be the heartbeat of our whole campaign. And, actually, in every subsequent call, this is what I called it.

How did you integrate your social wall into the campaign?

We integrated it into our intranet. So, each day, whenever someone logged on, they saw all of the updates on the social wall.

We also integrated into our website and promoted that link on social media. So anyone external who wanted to see 10 Days of Caring, could get an update, see what we were doing as a whole and get a comprehensive picture.

With the social media campaigns that we sort of envisaged at the beginning, you would only have gotten a small glimpse into what was happening. But the social wall solution gave viewers a portal into the entire campaign. It became so big, and there was so much user-generated content, and that’s what made it amazing.

Did you show the social wall on a screen somewhere as well?

Probably the biggest thing that we did was to put it on our internal TV screens. We have big TV screens in each of our offices and took over those screens during these ten days.

It was the social wall solution that brought everything together. So if you were in London, you could see almost instantly what was happening with the team in Berlin. Things were being posted as they were happening, and could see it live from an office. It was the key to driving enthusiasm into every office because everybody knew what was happening.

What kind of things did people do to give back?

They would do things like beach cleans, food distribution, plastic clearing, blood donations. We did a sponsored run and organised clothes donations for the homeless. We collected waste in parks and along rivers and shores.

How do you think social walls can be particularly helpful for CSR initiatives?

They bring people together over distances, that’s one part. But I think a social wall also helps bring something abstract into reality. CSR activities typically happen away from the main organisation, and it’s quite difficult to see and show what really happens. A social wall solution helps visualise or bring to life such campaigns that otherwise wouldn’t be possible.

Our social wall became the communications heartbeat of our campaign. Everything else was an activity, but the engine room of this whole campaign over ten days was that wall on our screens.

How do you measure the success of an internal CSR campaign?

To show that we had an impact is one thing. I think the hashtag sort of trended for a little bit on some countries or on some platforms. We had hundreds and hundreds of posts about this. And, normally in a B2B business, you don’t get those, even for CSR campaigns.

We have about 600-odd posts with the hashtag, we have earned media and owned media. And for us, getting earned media is usually difficult. In this respect, it was really easy. And I think we had something like seven and a half thousand engagements across all of our platforms.

It was a discreet social media campaign in the end because there wasn’t a huge budget attached to this. To get something like this, to have 600/700 posts and somehow thousands of engagements, that is enormous.

And we reached an external audience as well because our employees were amplifying, and people in their network became very aware of all of our CSR campaigns. It’s sparked discussions within our external network.

Any plans to use social walls again in the future?

It’s quite interesting because a lot of our country teams now say that they’d like to use this for their own social media activities because it brings things to life. CSR on social media is something that happens away from us, but a social wall brings those activities closer.

So the country teams are probably quite interested. And if we had another global campaign where we needed a red thread, I think we would be sure to use it again; it was very easy.

What are your personal favourite moments from 10 Days of Caring?

My favourite moment would be seeing all of the activities across each of the countries in a live way — for me and everybody else I talked to, that was the coolest part of this.

I love how the BearingPoint 10 Days of Caring campaign demonstrates that you can achieve loads even with a relatively small budget. As Chris laid out, they didn’t spend a ton of money on the campaign, but the results still exceeded their expectations.

It’s surprisingly easy to encourage people to do something good and talk about it. But we also see how motivating a social wall displayed at a prominent location can be. It creates a connection across distances. BearingPoint has offices spread all over the world, but the social wall displayed on the TV screen in each office brought everyone closer together, allowing them to witness what was going on elsewhere in real-time. 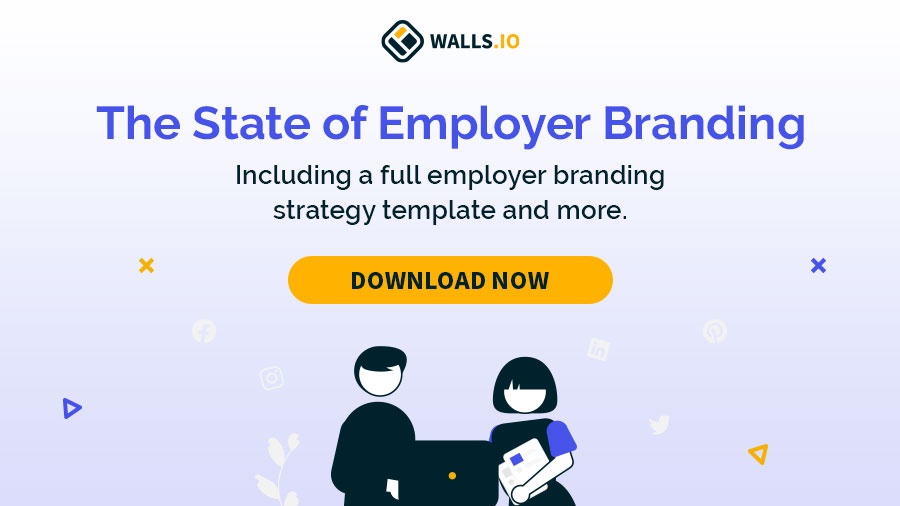