2019 has marked 50 years since Neil Armstrong became the first man to set foot on the moon. Additionally, the International Astronomical Union (IAU) turned 100 years in 2019 as well.

For it’s centenary, IAU organised a year-long celebration under the central theme “Under One Sky”. Its purpose was to increase awareness of astronomical discoveries and promote the use of astronomy as a tool for education, development and diplomacy. One part of the celebrations was the anniversary of the 1969 moon landing in July.

We interviewed Bethany Downer, Moon Landing 50 Event Coordinator at the IAU100 Secretariat, to find out how the Moon Landing 50 project used social walls to bring together celebratory events from all around the globe.

Moon Landing 50 is a huge event. Can you quickly summarise what the year-long celebration was about and what kind of events were happening all around the world?

The Moon Landing 50 celebration was conceived as an IAU100 global project to celebrate the 50th anniversary of the first human landing on the moon in 1969. The project comprises the largest coordinated Moon landing anniversary action worldwide, with over 1 million people attending events in 128 countries.

Here’s just a sample of innovative activities that took place around the world on the dates of the anniversary (20–21 July): 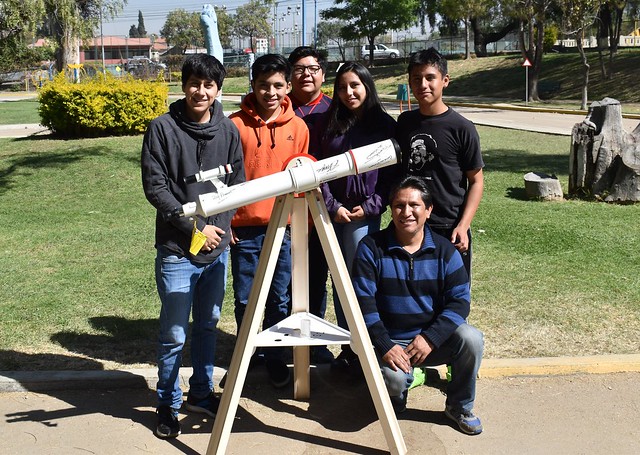 What opportunities did the public have to take part in the celebrations?

Moon Landing 50 welcomed the registration of any moon-related activities and events of all kinds that collaboratively all celebrated the 50th Anniversary of the moon landing in and around July 2019. The public could also follow along on social media using #MoonLanding50 and #IAU100

Various prizes were announced, including a children’s art contest, a social media prize draw, a global telescope competition, and prizes for special events.

Why did you set up a social media wall for Moon Landing 50?

Moon Landing 50 is a global celebration, and this social wall has allowed event participants and organizers to engage not only with those at their events but at those around the world. It has been a great way to share updates and images from the innovative and unifying events around the world.

Where and how were you using the social wall?

A dedicated page on the Moon Landing 50 website hosted the social media wall, and event organizers were also showing the feed at their activities.

It’s the same moon all over the world

Moon Landing 50 set up a social wall to support a range of events around the globe. The social wall was only one part of a bigger strategy, integrating seamlessly into events, competitions, etc. It increased engagement by connecting people all over the world.

Social walls (and social media in general) are an excellent tool for minimising distances and removing geographical barriers. They let people in various locations take part in the same event and enjoy a shared experience.

Moon Landing 50 specifically lent itself to this because no matter where we are, we are all looking at the same sky, the same stars, and the same moon.