Welcome back! With 2016 just a week old the internet is swarming with articles proclaiming lofty New Year’s resolutions. Obviously, ours are completely different than all of those other lists…well, at least ours are social media-themed and they’re not that lofty.

1. If you want to be heard, use the right hashtags

Like many self-employed people, I use Twitter both as a personal communication channel and as a way to market myself. However, I can get a little lazy with the self-marketing part, because it’s exhausting (and also a little gross, I know).

Most of the time I’ll just tweet using hashtags willy-nilly, going for the funny-factor instead of using all of my resources to make an impact. Meanwhile, it would only take a couple of minutes of research to figure out the best hashtag for my purposes, and then building that into my tweet.

Let’s say I’m tweeting out a blog post I wrote about freelancing, but I don’t know which of the many freelancing-related hashtags are currently en vogue. One way to check up on that is via RiteTag (which we’ve talked about before in our hashtag analytics article):

When we search RiteTag for “freelancing”, we learn that that tag is not really in use, but that #freelancer or #freelance, should do the trick.

RiteTag also tells us that a lot of people currently seem to tweet using #business, so I might want to consider taking that route as well. 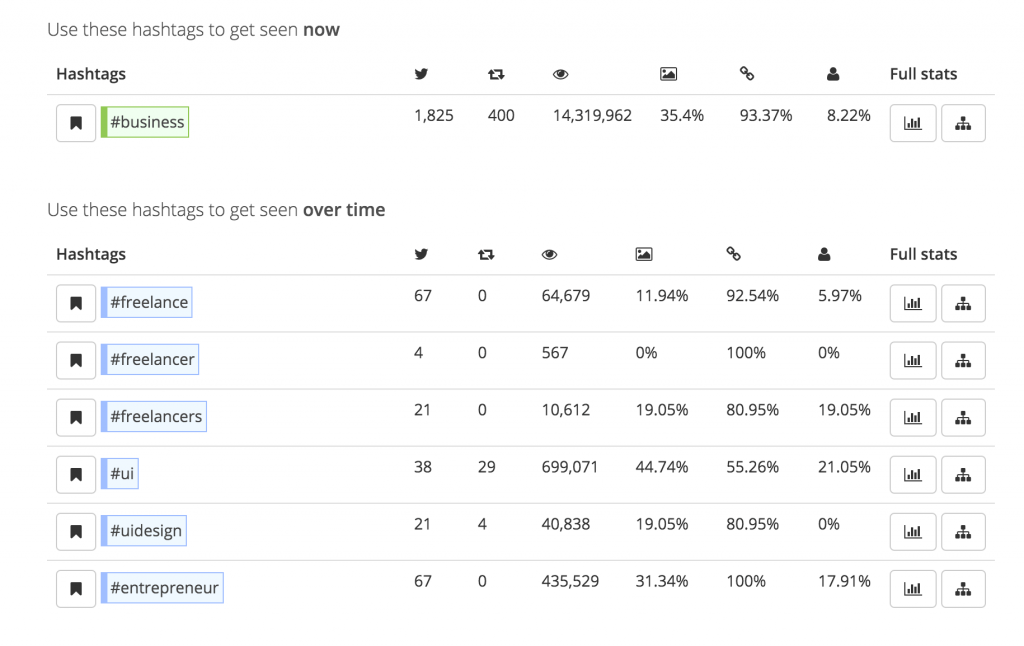 Of course, you can always go further down the rabbit hole by checking out the hashtag connections towards the bottom of the RiteTag results page as well.

It might seem like a small difference, but the choice of the right hashtag could be quite significant for your marketing efforts. It’s easy to care about your own hashtag campaigns, but you can give those an extra push by using hashtags all year round and not just when you’re marketing your own campaign.

I can also get a little lazy on social media when it comes to diversity of conversations. On Twitter I talk to and retweet mostly the same group of people. Occasionally, I’ll stumble upon someone new to follow because of a retweet or a funny hashtag, but that’s generally it. It’s my “feminist-geeky pop culture & freelancer bubble”, and I don’t often venture out of it.

However, a way to get involved in a more diverse set of conversations on Twitter is to take part in Twitter chats once in a while. Most of these take place regularly and will expose you to a more diverse set of opinions and topics. You could use the new year to try out a couple of these — just don’t be discouraged if it takes a week or two for you to get the hang of it; Some Twitter chats can move extremely fast.

Of course, you can also join relevant groups on Facebook, and there are some pretty interesting Slack communities out there as well. After all, social media should be more than just a way to while away some free time. It’s a great way to connect to communities that you can’t get direct access to IRL, converse with others who share your interest or profession, and elegantly market your services (i.e. don’t be a gross self-marketing spammer), as well as get plenty of interesting content which you can, in turn, share on your own channels.

Speaking of your own channels: Coming up with social media posts can be a drag, and when you’re handling more than just one account per network, the admin part of it can be debilitating as well. Luckily, there are tools that can help you with that, among them Buffer, Hootsuite, Edgar, and our very own Swat.io. [Full disclaimer: Swat.io is a product of Walls.io’s parent company Die Socialisten.]

I started using social media scheduling mid-2015, when I suddenly had to handle not just my personal Twitter, Facebook and LinkedIn accounts, but also my Facebook page as well as Twitter and Facebook channels for my side project. Scheduling has been a boon for keeping on top of everything.

There are multiple ways to go about it. You could add tweets and posts to your queue right away when you think of them. Or you can simply throw anything you read, and would like to share on social media, into an Evernote folder, and then go through it later and batch-schedule your social media posts for a few weeks at a time. Or you can do a combination of both, which is what I currently do in order to keep my social media queue full. My current resolution is simply to have fewer lapses in 2016. 😉

4. Stop being on social media just because you’re bored

It’s evening, you’re tired, you should probably go to bed. Yet, instead of putting your phone down you’re sitting slack-jawed on the couch and scrolling half-brained through Twitter, Instagram or Facebook.

I think almost everyone does this for some reason at some point during the day, but that doesn’t mean it’s a particularly smart habit.

I’ve indeed found that social media is often my alternative to getting up and transitioning to another activity. For instance, I tend to grab my phone when the TV show I have been watching is over, but I just can’t find the energy for the change in posture a different activity would require. Or, just before I’m about to meditate in the morning, instead of immediately starting my meditation app, I dick around on my phone, and suddenly 20 minutes have passed and I’m late for everything.

5. Cut the clutter with “see first”, unfollow, mute and lists

Do you suffer from information overload? Feel like you’re missing out on interesting bits, because Facebook is swamping you with irrelevant information on who liked what? Are you starting to dislike your friend because of all the crap she posts? Have you seen just about enough infants to last a social media lifetime but your acquaintance simply keeps posting pics of his new baby?

I’ve weeded out the politically questionable friends on Facebook (and in my life) long ago. But I noticed towards the end of 2015 that so much on Facebook was putting me in a rage anyway.

Partly because people were posting things I simply didn’t give a damn about. But, partly, also because Facebook’s algorithm is just plain unhelpful.

So, I started unfollowing people. Not to the extreme extent that a friend of mine has — they indiscriminately unfollow everyone they friend, resulting in an eerily-but-blissfully quiet, timeline view. But, by selectively unfollowing, I have managed to seriously cut down on the chatter and, now, I feel less overloaded when I open Facebook.

On the other hand, I make sure to turn on the “see first” function on Facebook for those people, groups and pages I really want to hear from. 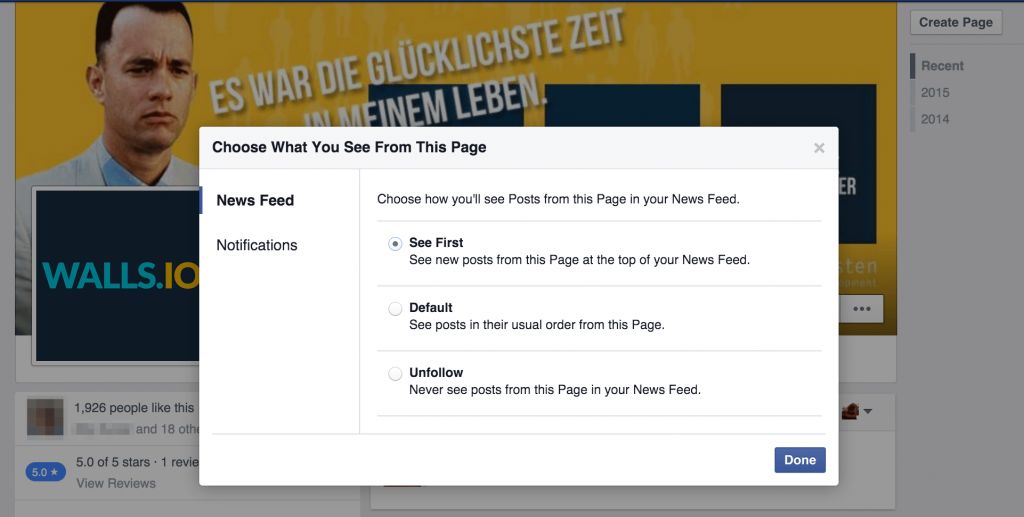 There are only a limited amount of sources you can turn this on for, and, sadly, there is no unified list that shows you who you set to “see first”, but it is a nice option of making sure you see the updates you want to see. Of course, you could also use Facebook lists, but that is way too much hassle for me.

Similarly, I have begun to mute people on Twitter if unfollowing would be too rude (and obvious) an act and have created a private Twitter list (visible only to me), which includes people whose tweets I want to see without slogging through a cluttered timeline. It’s also a nice way to keep up-to-date on those tweeps in different timezones — because you can see what they posted while you were sleeping without having to scroll too far back.

Overall, as you can tell, I hope to be using social media more responsibly this year. I fully expect all kinds of relapses, but I think being conscious of the changes I want to make is a good first step to actually changing my habits.

Do you have any New Year’s resolutions for your social media habits? I’d love to hear about them!