Every summer the Walls.io team – and the team of their sister product, social media management tool Swat.io – spend a whole week together, away from the office. This trip is aptly named #camp404. By now their endeavor is a tradition and has been going on for five years. Their base for the week is usually a beautiful holiday home at Lake Balaton in Hungary. They returned from their 2015 retreat just last week and told me a little bit about how it went and what they achieved this time.

When it comes down to it they’ll happily declare it “a geek’s dream holiday”, but #camp404 is much more than just fun in the sun, eating BBQ and chilling in the lake or pool all day. It looks like they’re pretty busy posing in front of sunsets which, incidentally, have sparked my envy. 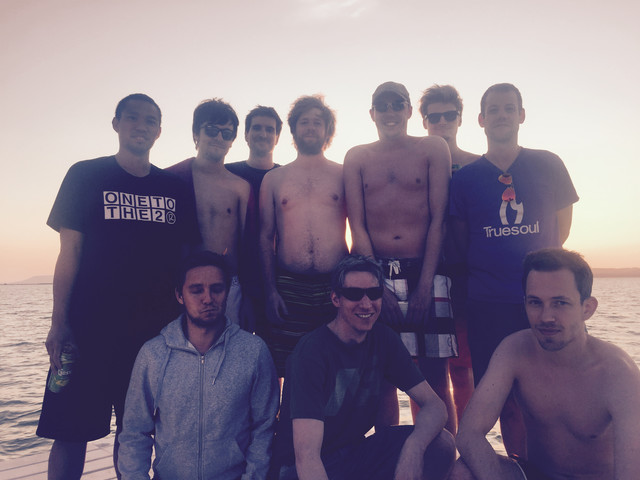 But, apparently, it’s still all about coding. Programming by the lake side, programming in the pool, programming through the night.

“The idea behind #camp404 is to get away from the daily grind and spend some time working on new projects, coming up with new features, and experimenting with new technology and development stacks,” says Michael Kamleitner, CEO of Walls.io and Swat.io.

The teams spent most of their time working on the two existing products, coming up with new ideas and functionalities. (So keep your eyes peeled for some new Walls.io features in the upcoming weeks and months!)

However, there was also plenty of time for side projects like the strictly-for-fun Walls.io Theme Contest. I’m not sure who won or if anyone won at all, and probably not all of these themes are the right thing for your own social walls, but they’re definitely quite fun to behold.

They created two new Walls.io themes for the classic Walls.io Happy Birthday wall.
CEO Michael made a Google Maps Mashup theme, where people’s posts pop up in their actual location… 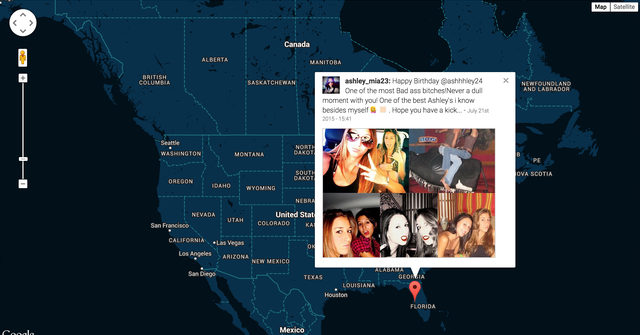 … while Martin, one of the backend devs on the Swat.io team, came up with the Wall-E’s.io theme, where Wall-E hand-delivers new posts. 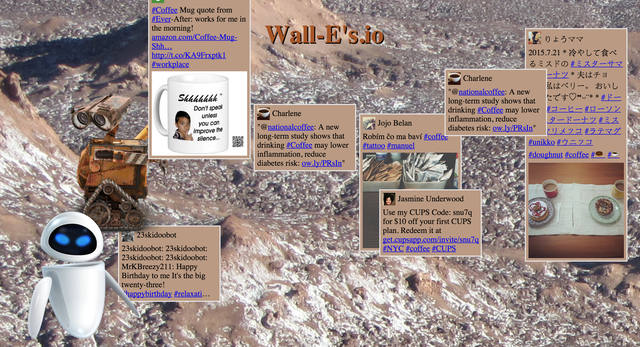 Walls.io CTO Patrick went with something entirely different. He created a theme that pulls up Instagram and Twitter photo posts and overlays the text of the post on the corresponding images. Oh, and of course it all has to do with cat content. The mighty cat theme will not bow down to a lowly screenshot, so you’ll just have to see for yourself.

As you can tell, a lot has happened at #camp404. The team is refreshed. Themes were made. And you have a bunch of interesting Walls.io features to look forward to. You’ll learn about them here or on the Walls.io Facebook page. 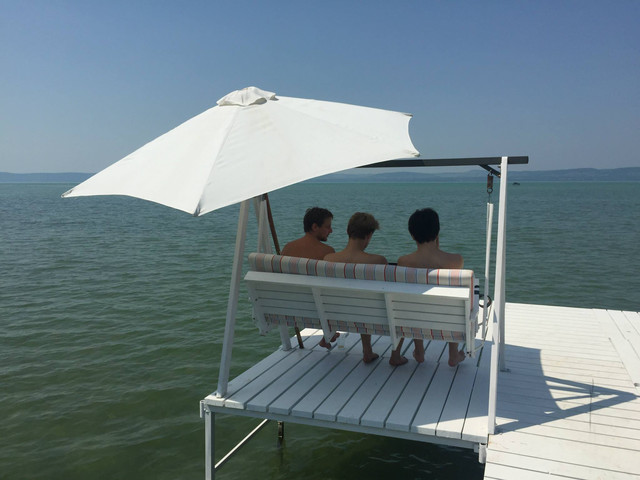 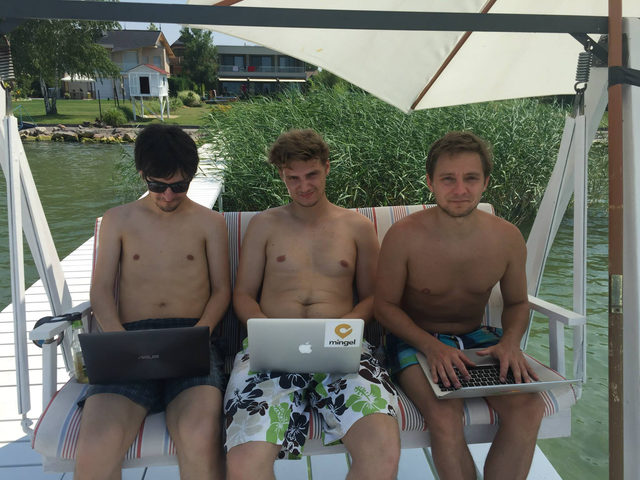 FYI: Sometimes geeky outsider guests are invited to #camp404, so if you’re interested in that it can’t hurt to ask. Or, you know, you could just apply for one of the open positions to get a definitive spot at next year’s #camp404.